The flagship ALMP2 project builds on long-standing UNDP achievements in supporting Kosovo citizens, with particular focus on vulnerable young men and women, to find a job or establish a new venture through supporting Kosovo institutions in designing strategic, evidence-based policies and programmes, and providing skills development and employment opportunities. Since 2005, over 14,000 young women and men, repatriated Kosovars and other marginalized groups have benefited from the services of the project.

What we want to achieve

The project’s main objective has been to improve the capacities of the labour market institutions to design relevant, gender-responsive policies at the central level and to deliver integrated services at the local level, focusing on the most vulnerable groups among the unemployed, through:

▪ Improving the provision of continued direct implementation of active labour market measures for vulnerable groups – with a particular attention to youth and women, including repatriated Kosovars – and further technical support for the capacities of the implementing institutions;

▪ Enhancing the labour market knowledge base in order to ensure evidence-based decision making among labour-market actors;

▪ Identifying feasible ways for Kosovo to establish an Employment Fund, in order to ensure sustainability in the financing and implementation of active employment measures. ▪ Results up to date ▪ The Kosovo Employment Agency has become functional and has increased its capacities to deliver services and active labour market measures through its employment offices and vocational training centres;

▪ The Ministry of Labour and Social Welfare (MLSW) and Kosovo Employment Agency have an active and effective internal training system;

▪ The performance of the employment offices and the vocational training centres is managed through an internal system and upgraded Employment Management Information System;

▪ The operational manual for the implementation of the self-employment programme, as an active employment measure, has been developed in cooperation with and implemented through the MLSW and the Kosovo Employment Agency;

▪ The labour market model for better client profiling and individualization of services has been developed and introduced within the Kosovo Employment Agency;

▪ The Kosovo Employment Agency has better visibility and improved capacities in promoting its services;

▪ The Ministry of Internal Affairs has stronger capacities, tools and strategic frameworks for delivery of reintegration services to repatriated Kosovars.

▪ Over 500 new small businesses have been established and supported to become successful;

▪ Policy analyses and briefs on skills needs in specific sectors identified by the Ministry of Trade and Industry have been developed;

▪ A feasibility study on establishing the Kosovo Employment Fund, along with proposed implementation guidelines is produced; 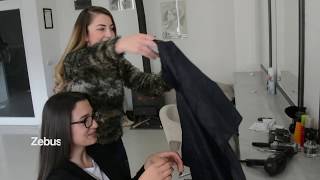 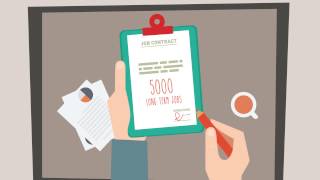 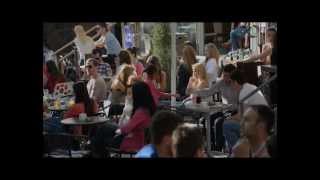