“Activities like these show our dedication and will – within our limits – to become a part of such initiatives that not only promote security, but also offer security.”

With these introductory remarks, Mr. Behar Selimi, Deputy Minister of Internal Affairs of Kosovo, opened the annual Destruction of Small Arms and Light Weapons (SALW) Event at Metal Holding in Ferizaj/Urosevac to mark International Gun Destruction Day. Organized by the Kosovo Police and Ministry of Internal Affairs the event was supported by the United Nations Development Programme (UNDP), the South Eastern and Eastern Europe Clearinghouse for the Control of Small Arms and Light Weapons (SEESAC), and the German Foreign Office.  Representatives of these organizations gathered and watched local metalworkers crush, melt down, recycle, and repurpose what were once tools of fear and suffering into agents for social security.

As Ms. Valbona Bogujevci, UNDP Programme Coordinator, commented, “It is exciting to see that the destruction of SALW has become a regular security procedure in Kosovo,” and that “all confiscated arms continue to be destroyed annually as a security measure.” As Kosovo sets out to transform weapons into storm drain covers it is engaging in a positive activity that builds common trust, rather than universal fear.

As noted by Mr. Naim Rexha, Deputy General of the Kosovo Police, the Kosovo Police will continue to “work on expanding police capabilities to successfully and safely confiscate illegal weapons” in order to ensure continuous progress towards peace and good order and combat the threat posed by the spread of illicit trafficking of SALW. By organizing destructions of illegal weapons, which raise public awareness about the dangers posed by SALW, public peace, safety, and order are strengthened. By physically destroying confiscated SALW, Kosovo Police and Kosovo stakeholders are able to eliminate the supply of illicit weapons, which would otherwise be sold on the black market.

The destruction of illegal weapons “constitutes a major component of Kosovo’s comprehensive SALW and Explosives Strategy” announced Ms. Katerina Lopo, Representative of the EU Office in Kosovo, who further expressed the EU’s continued support to assist the Kosovo Police and institutions in controlling and reducing the widespread illegal possession and circulation of SALW.

Joining the wider Balkan region in the eradication of SALW, the annual marking of International Gun Destruction Day highlights Kosovo’s continued dedication to increasing public safety and wellbeing of all its inhabitants. The 6 July destruction event was designed in accordance with the Kosovo Small Arms and Explosives Control Strategy and Action Plan, created by the Ministry of Internal Affairs, which continues to receive support from the UNDP – Kosovo Safety and Security Project (KSSP), UNDP SEESAC, and the German Foreign Office. The event also reflected Kosovo’s commitment to the EU Strategy to Combat the Illicit Accumulation and Trafficking of SALW and their ammunition and the COUNCIL DECISION (CFSP) 2016/2356, dated 19 December 2016, in Support of SEESAC Disarmament and Arms Control Activities in South East Europe (EUSAC). 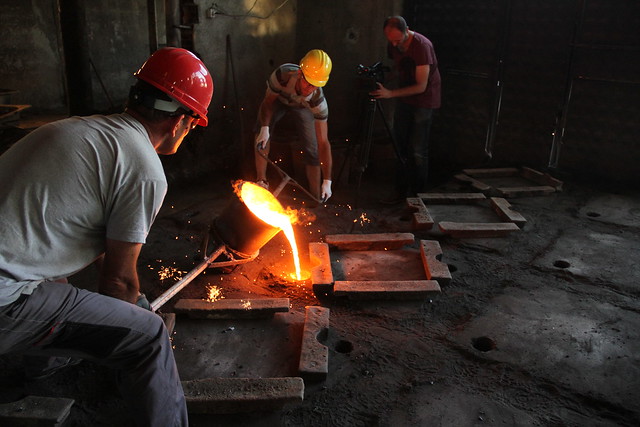